Both the boys & girls team represented the school in a new season of sports events organised by Thurrock SSP, playing for the first time in a long time against other primary schools in Thurrock.

The Girls performed admirably in the first event of the season, claiming third place in an exciting competition, where all the girls played so well together.

The Boys matched the girls hard work and excellent teamwork, but just failed to get through to the knockout stages of the competition but showed enough as a team for a promising season ahead.

The Girls A team have progressed to the semi-final stage after two wins in the previous rounds, beating Harris Mayflower 2-0 and Quarry Hill 1-0. We will keep you updated on the next round which is due to be played in January 2022.

Well done to the pupils of the Year 3 & 4 mixed football team, who took part against other schools in Thurrock, some representing the school for the first time in a competitive environment and performed well in the group stage. We hope this opportunity has made them more determined to represent the school again this year.

Congrats to our squad who finished in Silver position in a very entertaining event against 15 other schools.

They all played their part in a great team effort and came away with their reward for their hard work and positive attitude on the day.

The selected squad will represent the school in a different sports event every term. This term the team took part in a Dodgeball competition and finished 7th. Next term, the team will take part in a Sportshall Athletics event and in the Summer term, they will compete in a Rounders competition.

We will keep you updated all the sports events that we are involved in. Please keep an eye on our twitter page for updates.

Thanks from the PE team, have a lovely Xmas

A huge well done to all children and staff who took part in the Race for Life on Friday. It was incredible to see all the children running, walking, skipping, jumping and hopping their way around the Muga Pitch. Every child persevered to complete as many laps as they could in their allocated time slot. It was so heart warming to see and read all the dedications for the children's reasons to run.

Thank you to all parents, carers, family members, friends and staff who supported this event, we have currently raised an amazing £1671 which includes the online donations and sale of the Cancer Research Merchandise. 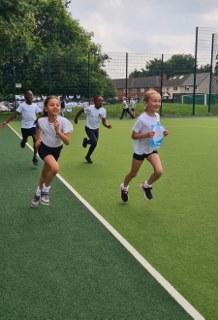 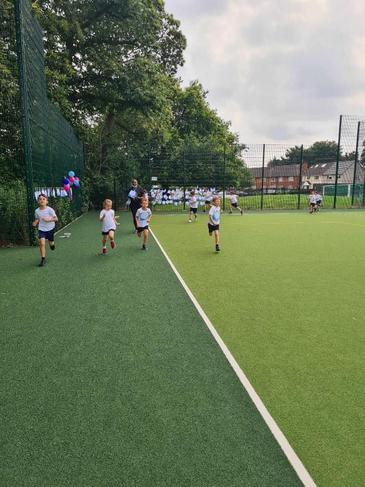 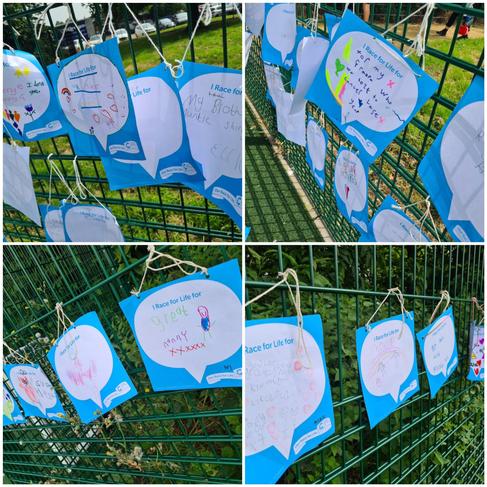 Congratulations to all our pupils who completed in Sportsday in the hot conditions at the start of the week, you all gave your best, to be the best you can be.

Quadkids is the 4 Athletic events discipline which includes a sprint, standing long jump, howler throw and the Endurance run. We noted some outstanding performances across the years and could see how all of your hard work, courage & determination in PE lessons paid off during sportsday.

Well done to all our medal winners from each class and to all our pupils for being active and involved and of course not forgetting the class dance at the end, which was a great way to have fun and to celebrate together. Congratulations also to the House winners on sportsweek which was Maro Itoje (Red).